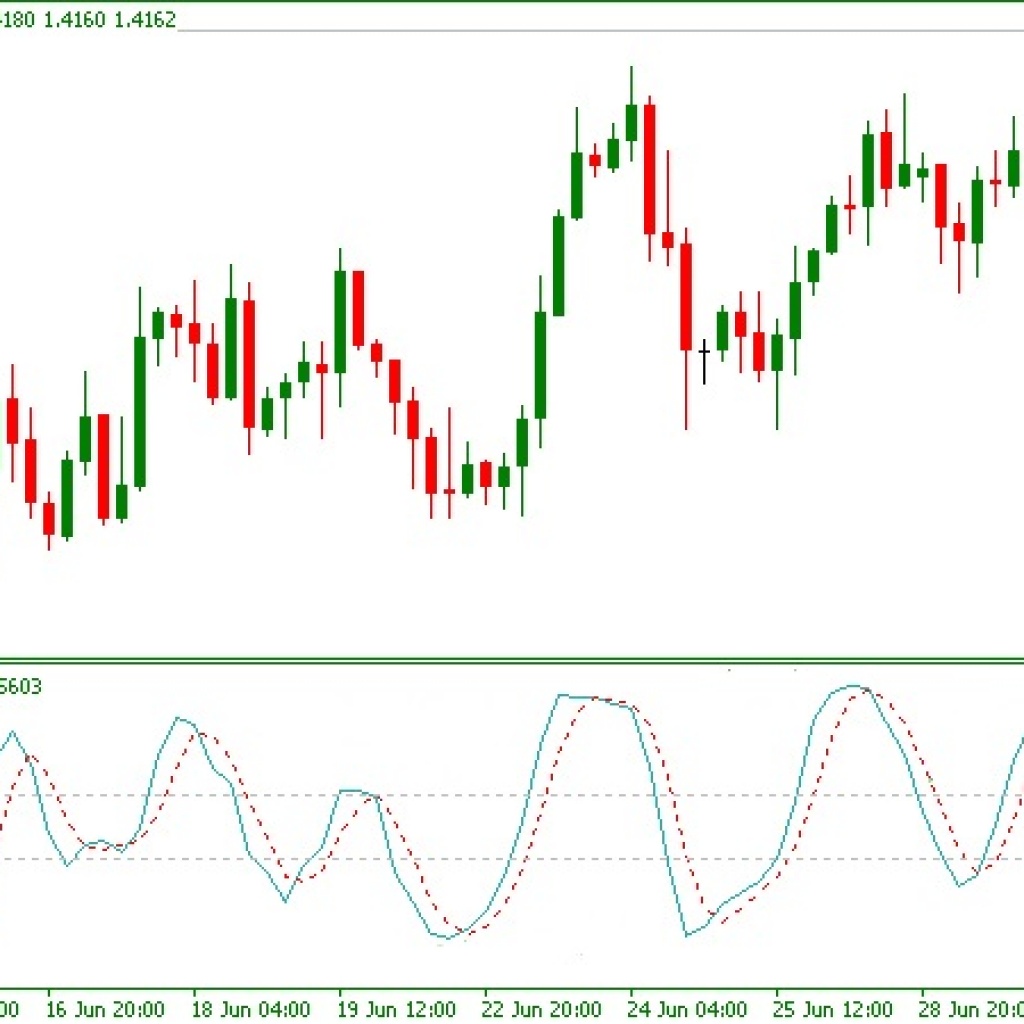 So we established in the last article that the Stochastic indicator can be described as Mutton Dressed as Lamb if it’s used as your sole tool for entries and exits. However, if used in conjunction with an analysis of the market structure and price action, it can be very useful as a support to your initial analysis.

Let’s review 6 stochastic signals from an entry perspective on a Euro chart and then look at it with a focus on market structure points. 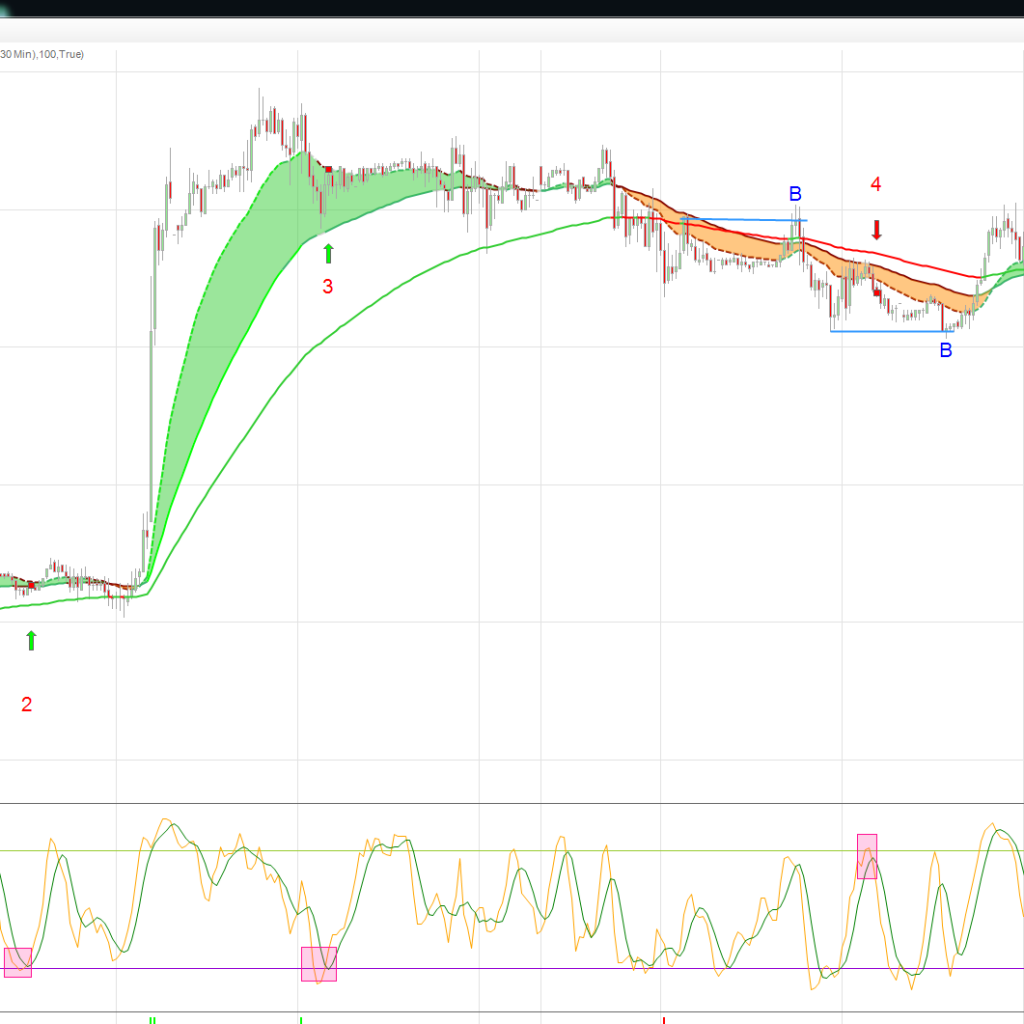 Generally, when using a Stochastic as a signal to enter, you look for crosses of the fast momentum line and slower momentum line either below the 20% zone for long entries or above the 80% line for short entries. If we look at the signals marked with the pink boxes above, we can see that signal 1 came after a weekend gap (up) followed by a deep retracement. Both this first area and the signal 2 setup could have produced nice returns if traders had wide stops in place and managed to second guess the Fed meeting news announcement where price went vertical just after signal 2.

Signal 3 produced an entry after the vertical move up. There was very little follow through and would have been difficult to produce a positive outcome.

Signal 4 had a little downside follow through but failed to trend strongly.

Signal 5 had no follow through and failed and signal 6 failed after moving a few points to the downside.

With trading the stochastic indicator in this example there is a conundrum. Place large stops to get the occasional out-sized winner but lose more on each loss you have, OR place small stops and often get stopped out before a big move comes about. There is nothing wrong with using a momentum indicator but it needs to be in context with the market dynamics. Trading the first bounce (ie retracement) after an exhaustive vertical move (as per signal 3) is a different structure to trading the second retracement of a range bound market (as per signal 2). The latter being a far less risky prospect with generally better follow through.

I have developed an understanding of market structure to improve my trading and believe it is essential to create a lasting edge and therefore, better results.

Here is a few key structure observations which have provided me an edge when trading. You will notice that these structural points are supported by a Stochastic signal adding further weight to the entries:

Gaps are often exhaustive in nature when they occur after a trending move. Over optimism has buyers entering the market at a price point where there is no one on the sidelines willing to bid higher. Usually we see a small impulse move above the open high before traders start accepting lower prices. This is a key setup for me after a positive profit announcement and a prior run up in price and at times where there is an optimistic crowd. My job as a trader is to identify where the upward momentum stalls and capture a low risk entry (in this example, a short entry) as selling commences. Price in this instance moves in the path of least resistance. Think about this; If there are no more buyers on the sidelines willing to trade a higher price, no matter how exciting the news is, the price cannot move higher. And as the first traders start accepting lower prices to close their positions it forces other traders holding a long position to contain losses and sell creating a snowball effect.

The pump fake is defined where price action thrusts above support or resistance and then reverses, moving back within the prior range that has developed. These spikes tend to shake out stop losses and trick break out traders positioned on the wrong side, forcing them to close their position and effectively adding to the price reversal. I have marked 3 areas with a “B” that show pump fakes.

Tip. Have a look at the stochastic at each of these “B” points. The crossover at each had nice follow through. Combining momentum and structure will improve trade selection and timing.

Working off specific zones that trap traders are great entry opportunities. Think of it as a counter punch. In boxing, the counter punch is a deadly weapon when an opponent is off balance. Catch traders that have committed to a trade and capture profit as they acknowledge the dynamics have changed by reversing their positions. Use these structure points in the market as your primary entry condition and use Stochastic signals as support for your decision.